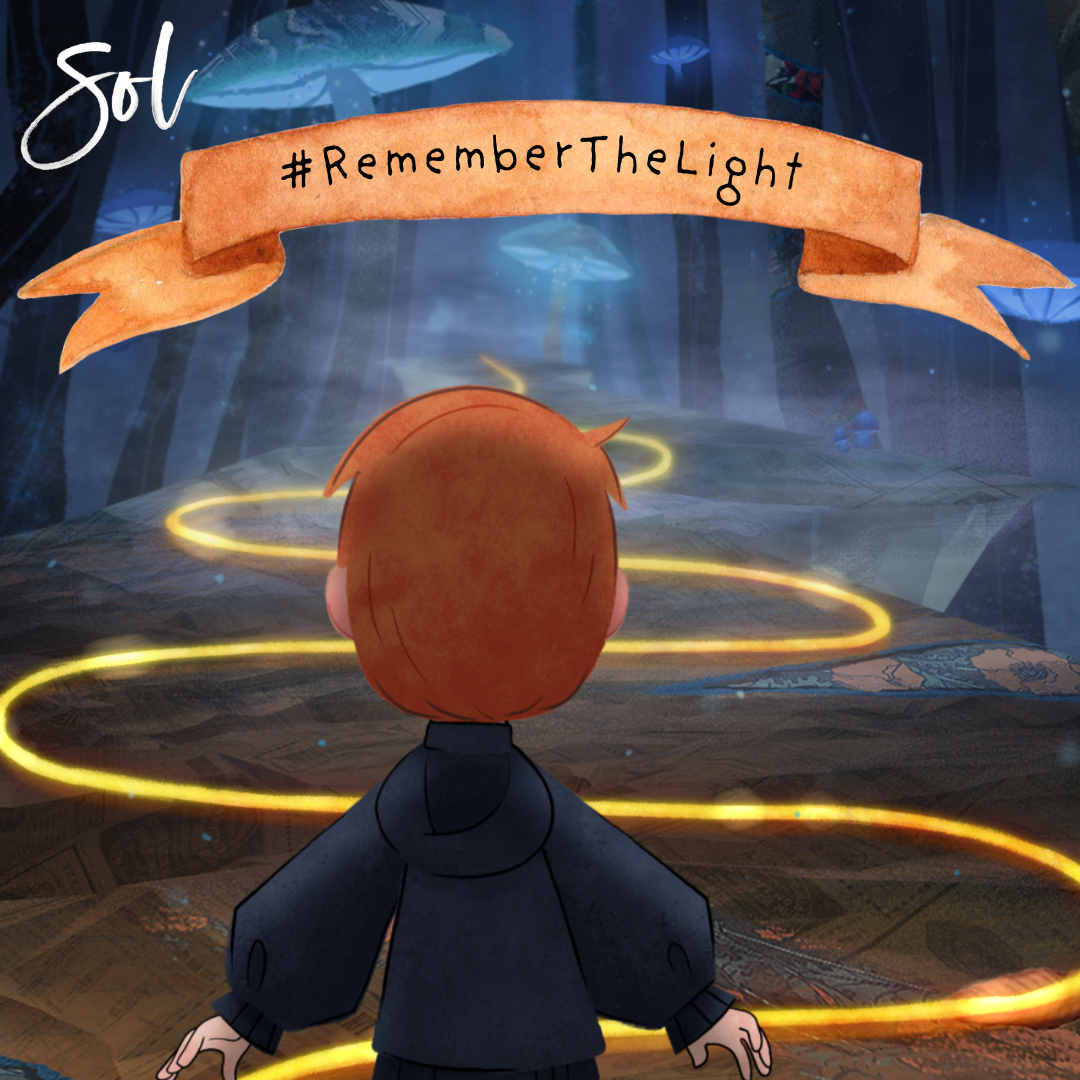 Sol to lighten darkest night of a dark year

Sol – an inspiring film about a little boy’s journey through grief – premieres in the UK and Republic of Ireland on the darkest night of the year, the Winter Solstice – Monday 21 December.

The animated, 28-minute film, which will be shown on BBC ALBA in Scotland, aims to bring light and comfort to families with young children as the darkest year in modern times draws to a close.

Featuring a boy called Sol whose world is plunged into darkness when his beloved grandmother dies, the film explores the different aspects of grief (shock, yearning, disorientation and resolution) through the eyes of a child.

The film has been created as a vital and relevant resource to help children and families cope with grief and is especially poignant after such a difficult year nationwide.

It is hoped the storyline and characters will help spark conversations amongst teachers, parents and young children about how to manage your feelings after the death of a loved one.

Recognising the need nationwide for such a topical film, multiple TV broadcasters have come together to premiere Sol across seven platforms on the same day.

Originally commissioned by regional broadcasters as a Celtic-language film in Welsh, Irish and Scottish Gaelic, Sol will also be broadcast with English subtitles to a national audience.

Bill MacLeod, Commissioning Editor at MG ALBA, which operates BBC ALBA in partnership with the BBC, said: “Sol is very much a film for our times – but it also taps into an older strand in Celtic tradition in which the changes in the seasons and the turning of the year have a deep significance. I’m sure that this beautiful and wise programme will bring a little light into all our lives.”

Sol was commissioned by Celtic broadcasters TG4, S4C and BBC ALBA and distributed by Aardman. It received funding from the British Film Institute’s Young Audiences Content Fund, and from Northern Ireland Screen’s Irish Language Broadcast Fund and Screen Fund. The Albert calculator and sustainable production certification was used to measure and reduce the production’s carbon footprint.

The BFI’s Head of Young Audiences Fund, Jackie Edwards said: “Sol’ is about remembering, with love, those we’ve lost, knowing we’re not alone and encouraging families to talk about their loss. Far too many children and young people are experiencing grief this year, and so we wanted to create a moment to pause and reflect, and for public service broadcasters to come together and co-transmit this special film to as many of this country’s young people as possible to support them to find light in the darkness.”

Sol is a young boy plunged into darkness after the loss of his grandmother whom he adored. He is the reluctant hero of his own story – sent on a quest to bring back the light to a darkening world.

His quest takes him through a vast landscape made from Nonee’s memories – the collected photos and scraps of her photo albums. He has help in this world, guided as he is by Nonee as a little girl in the beginning and finding her at different stages of her life along the way.

At the end of their journey, Sol reaches the Ancient Temple of Light in the East, where his grandmother is waiting for him…he realises he can accept his feelings of grief as his love for her is far greater than the pain from his loss. He accepts that the world was a better place because his grandmother was part of it and that her memory will always be a part of him. Love never goes away.