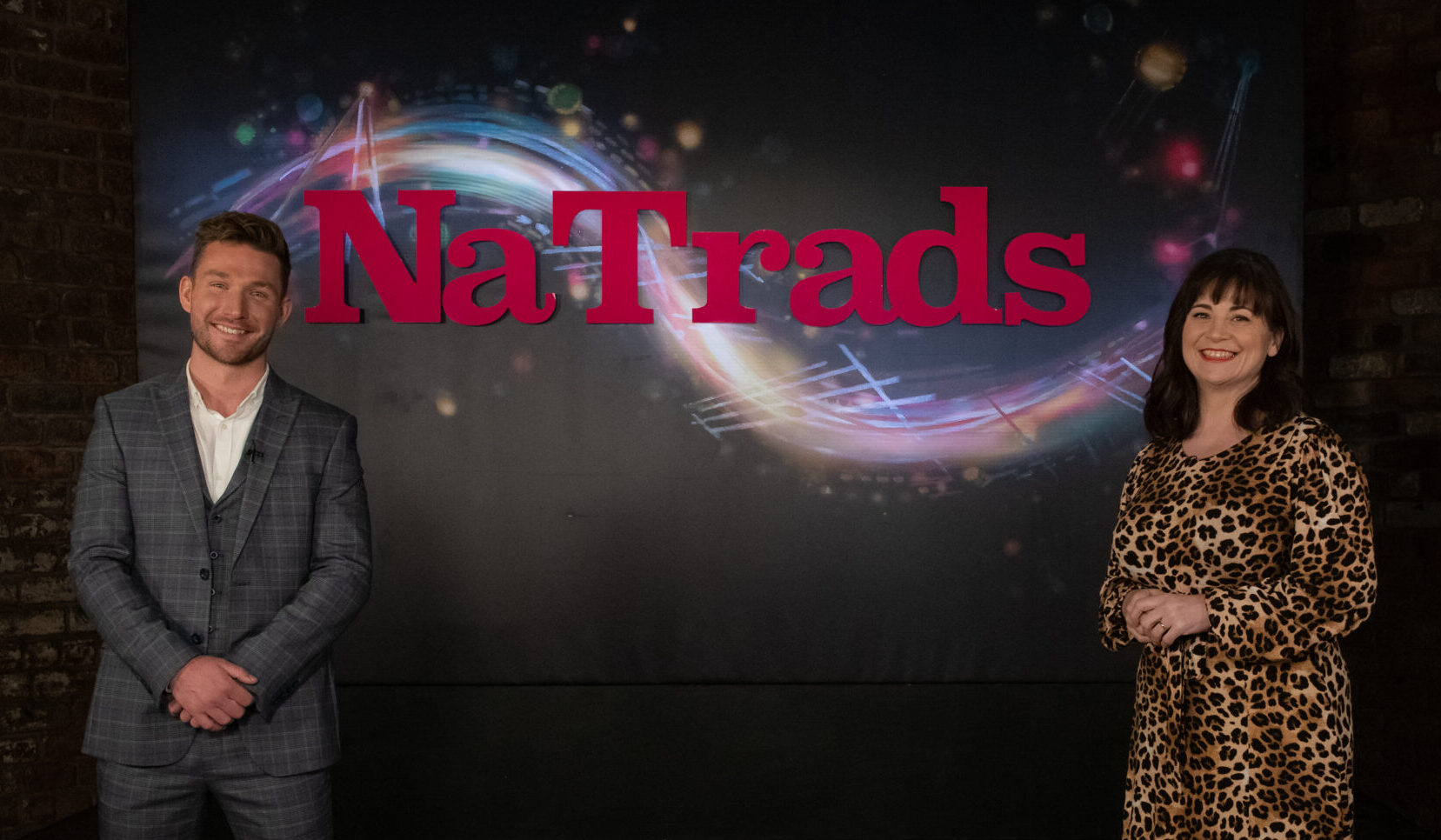 The usually live annual event was this year broadcast in a vibrant programme put together and aired exclusively on BBC ALBA. Hosted by Alistair Heather and Mary Ann Kennedy, award winners were announced along with specially-recorded music performances from some of traditional music’s top luminaries, including The Iona Fyfe Trio, Project Smok, Deirdre Graham, Jarlath Henderson and Karen Matheson as well as Phil Cunningham and many more.

This year’s event had been set to take place in Dundee’s Caird Hall but with live music and event restrictions in place for the foreseeable future, Hands Up for Trad worked to support artists and provide an alternative platform, culminating in two special programmes of Na Trads on BBC ALBA.

Joy Dunlop presented the inductees to the Hall of Fame on Friday evening, followed by the MG ALBA Scots Trad Music Awards themselves on Saturday. The awards will be shown again on BBC ALBA at 9pm on Saturday 18th December 2020 and will be available on the BBC iPlayer for 30 days.

Ealasaid MacDonald, Director of Strategy & External Affairs at title sponsors MG ALBA, which operates BBC ALBA in partnership with the BBC, said: “Once again, the Trads has showcased the best of creativity and talent across Scotland. MG ALBA would like to congratulate all those who have taken part, those nominated and the winners, as they have been part of a very different year where music has been an essential part of all our lives. We are delighted that Hands Up for Trad has brought us all together for this wonderful opportunity to celebrate the best of traditional music.”

Hands Up for Trad’s founder and Creative Director Simon Thoumire thanked all involved:

“The arrival of Covid-19 has required a massive change for us all, impacted in so many different ways, and I want to thank MG ALBA and our sponsors, the artists and musicians and crew and everyone who voted.

“Everyone has worked together tirelessly to maintain, pivot and bring our music programme online right through this year, culminating in last night’s fantastic BBC ALBA broadcast of the Na Trads 2020 programme of our annual MG ALBA Scots Trad Music Awards, the pinnacle of our year.”

Tweaked for 2020 to reflect everything the entire industry has created due to Covid-19, MG ALBA Scots Trad Music Award winners are:

1. Album of The Year, sponsored by Birnam CD
The Woods by Hamish Napier

2. Original Work of the Year, sponsored by PRS for Music
Everyday Heroes by Skerryvore

3. Community Music Project of the Year, sponsored by Greentrax Recordings
Tunes in the Hoose

5. Gaelic Singer of the Year, sponsored by The Highland Society of London
Fionnag NicChoinnich (Fiona MacKenzie)

6. Musician of the Year, sponsored by the University of the Highlands and Islands
Tim Edey

11. Up & Coming artist of the Year, sponsored by Royal Conservatoire of Scotland
Rebecca Hill