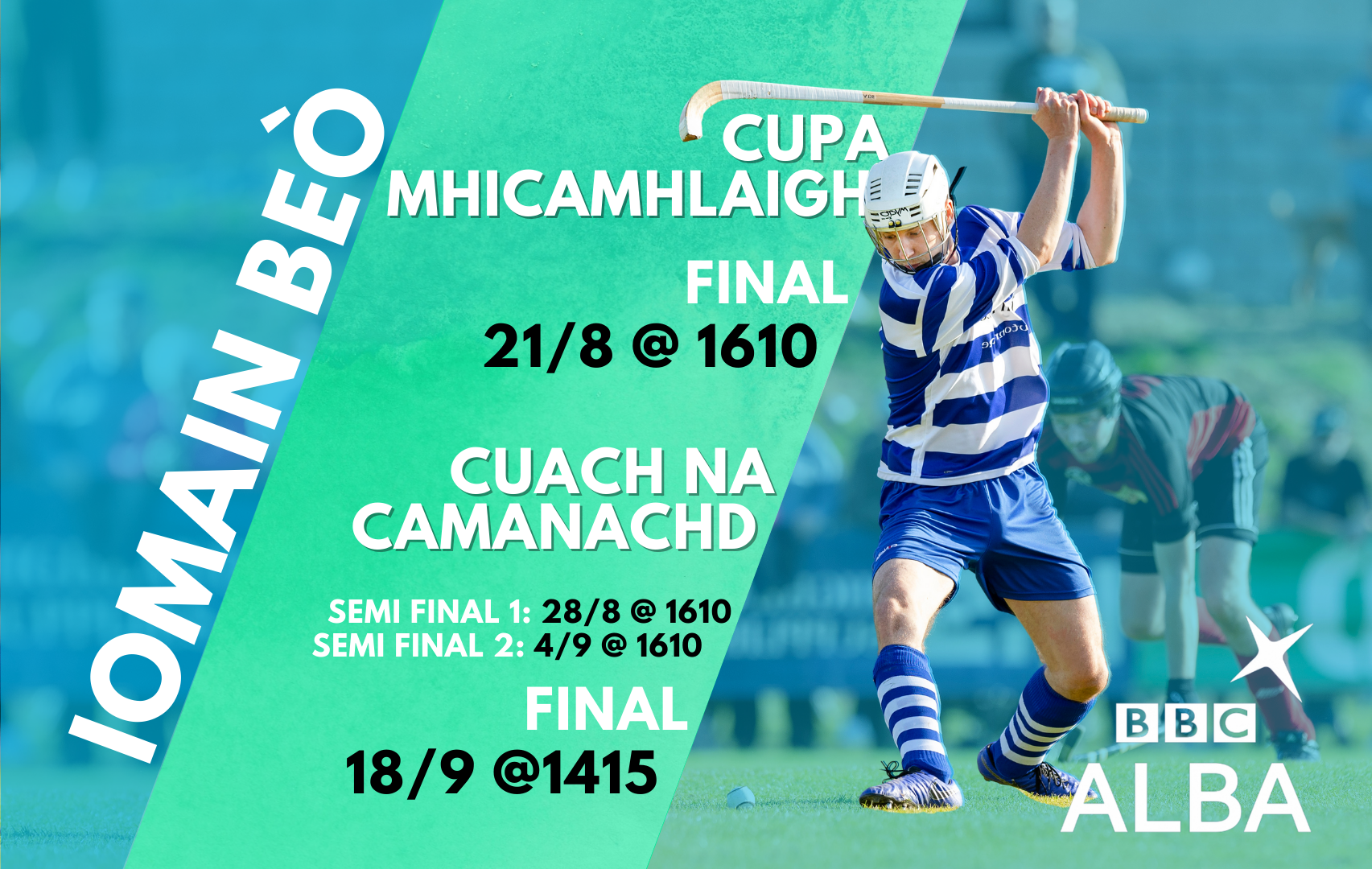 BBC ALBA and the Camanachd Association, the world governing body of shinty, today announced details of the shinty games being broadcast by BBC ALBA in 2021.

The specific games selected for live coverage are:

In addition to this, the Tulloch Homes Camanachd Cup final will also be televised live by BBC ALBA with a highlights package to follow on BBC Scotland as part of a new partnership between BBC ALBA, BBC Scotland and the Camanachd Association which will see enhanced live and highlights of the showpiece final.

Iseabail Mactaggart, BBC ALBA’s Director of Multiplatform Content, said: “It’s great to see shinty coming back to our screens and BBC ALBA are delighted to bring our audiences live coverage of the Camanachd Cup Final for the very first time.”

Derek Keir, Camanachd Association CEO said: “This agreement allows us to bring our historic sport to new audiences in living rooms throughout Scotland. We are pleased that despite the challenges that exist moving beyond the pandemic that we have been able to secure this broadcast agreement for 2021.”