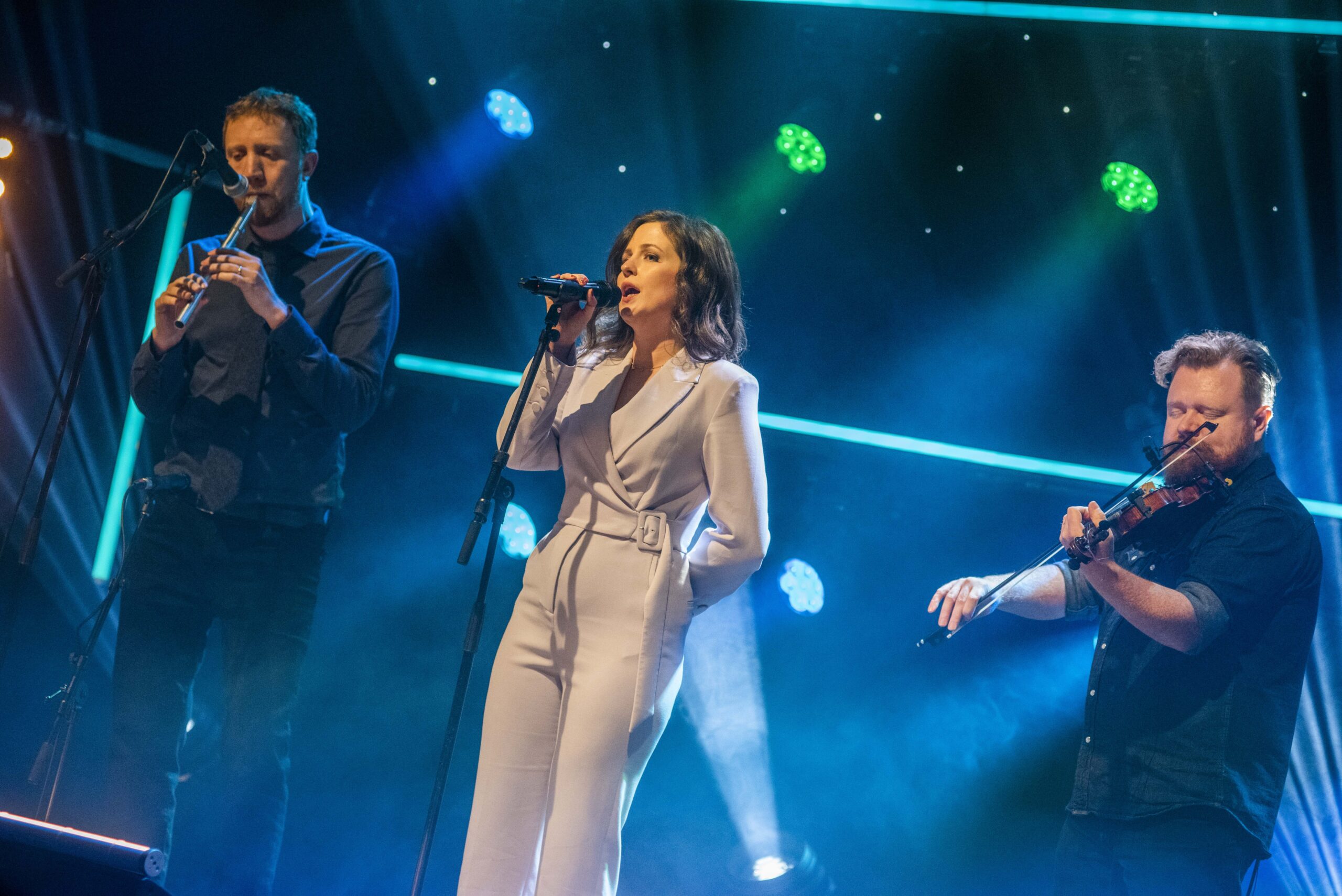 MG ALBA Scots Trad Music Awards announced 2021’s diverse Award Winners after a record 180,000 public votes, as it returned to Glasgow on BBC ALBA and in front of a live studio audience.

The stellar MG ALBA Scots Trad Music Awards annual Gala evening champions top Scottish traditional musicians of all genres in a glittering ceremony, recognising, and celebrating the wealth of talent via phenomenal performances, which this year took place at Glasgow’s Engine Works, and was broadcast on BBC ALBA at 9.00pm, Saturday December 4th, 2021, and streamed live around the world from www.bbc.co.uk/alba

With live music and event restrictions in place since lockdown began, Hands Up for Trad has been working hard since March 2020 to support artists and provide alternative platforms for musicians to reach their audiences, fundraise and sell tickets online.

Continuing their long-term partnership with MG ALBA to broadcast the Awards live in 2021 in front of a small audience of nominees due to Covid-19 regulations, bringing everything live into people’s homes remains a huge part of the annual event.

Margaret Cameron, Commissioning Editor and Head of Creative Collaborations said: “Congratulations to all of tonight’s winners – every year, it’s an absolute pleasure to see the amazing wealth of talent coming up through the ranks and gaining recognition for their creativity and commitment to the Scottish traditional music scene. MG ALBA is proud to continue to support these artists, who have been put to the test over the past 18 months, and to help acknowledge the most innovative and exciting ways they contribute to the trad music scene.”

The winners of the twelve MG ALBA Scots Trad Music Awards 2021 are:

Event of the Year sponsored by VisitScotland
Celtic Connections

Organising body, Hands Up for Trad funded by The National Lottery through Creative Scotland, was formed in 2002 and exists to increase the profile and visibility of Scottish traditional music through information, advocacy and education to artists, participants and audiences.

Hands Up for Trad’s Creative Director Simon Thoumire said: “I am so thankful to everyone who voted and came out to support our musicians and cultural scene to bring the atmosphere and the 2021 MG ALBA Scots Trad Music Awards into living rooms this year. It’s inspiring and an honour to work with so many determined and creative people and organisations who have continued to find ways to shine a light through such an unprecedented time.”