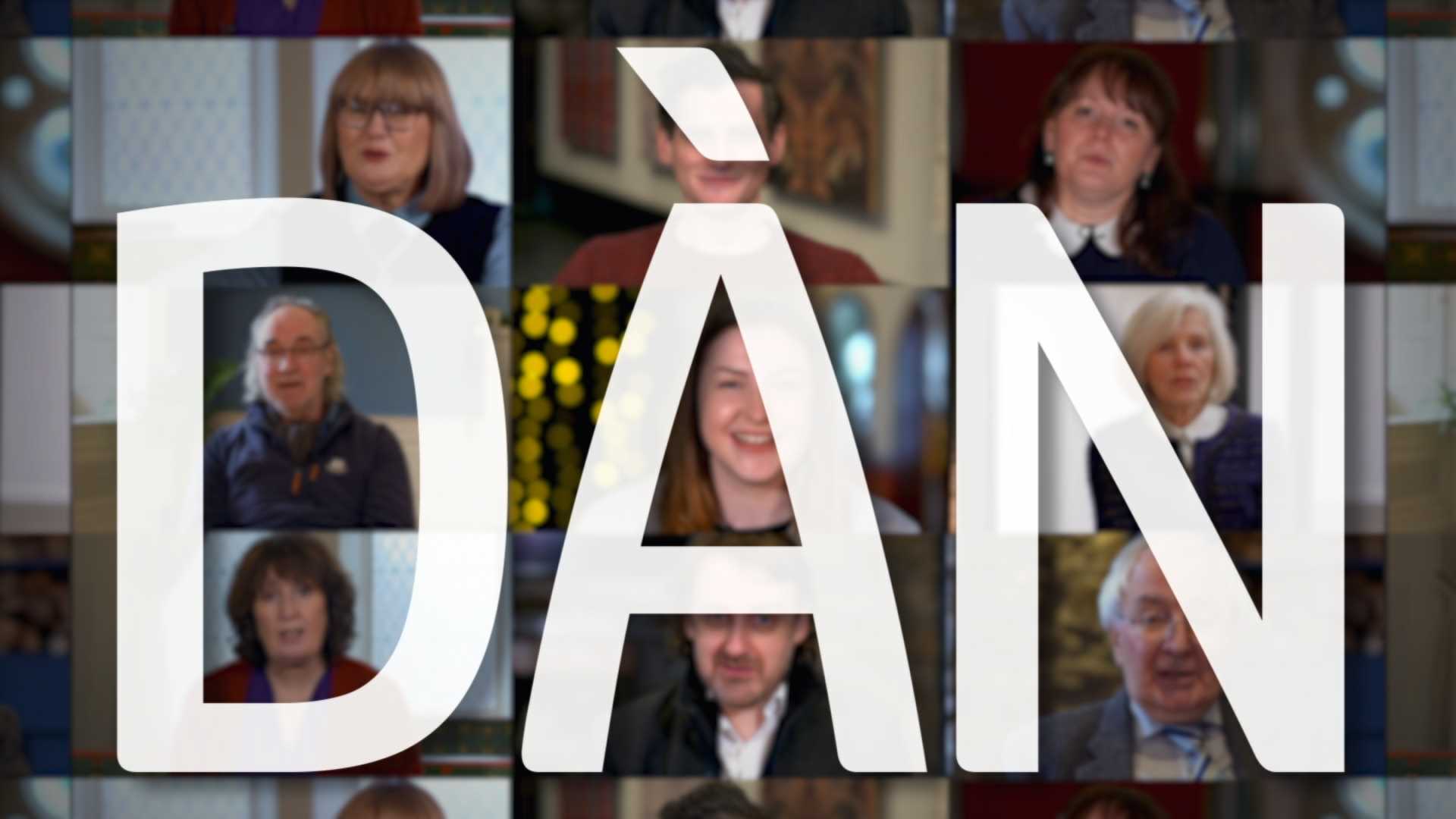 A new series on BBC ALBA celebrates the rich tradition and history of Gaelic poetry and its continued relevance in the present day.

In this series called Dàn twelve people choose and read the poems that are most important to them or that have had an effect on them. The 12 programmes were made by Caledonia TV for BBC ALBA.

Caledonia TV Producer Ramsay MacMahon, said: “Poetry is so powerful. It can transport us to other places, it can remind us of a particular person or period in time and it can tell us about our history and the world we live in.

“There is a great breadth of the most beautiful Gaelic verse across the 12 short programmes. From humorous poems to lullabies, the famous Gaelic bards to lesser-known ones, from village poets to ancient poetry that we often hear sung.”

The entire series will be available on iPlayer from this Saturday, April 24. After that each programme will be broadcast on BBC ALBA each day at 7.55pm from Monday to Thursday starting on Monday, April 26 until Thursday, May 13.

The series will also be available to watch on BBC ALBA YouTube and an English and Gaelic version of each poem will be published on the BBC website, visit: bbc.co.uk/alba

Monday, April 26 – Ep 1: Scottish poet Peter MacKay, originally from the Isle of Lewis, is a lecturer in English literature at St Andrews University. He is an expert in Scottish and Irish literature from 1800 onwards, and especially in Scottish Gaelic literature. He talks about poetry and its importance. He discusses how Lewis poet Iain Crichton Smith has influenced him and reads the poem “Tha thu air Aigeann M’Inntinn.”

Tuesday, April 27 – Ep 2: Eilidh Cormack from the band Sian discusses and reads the poem “Thig Trì Nithean Gun Iarraidh” written by the Daughter of the Laird of Rèilig 300 years ago. She speaks about how its messages of self-respect and confidence in women are still as relevant today.

Wednesday, April 28 – Ep 3: Ross Christie talks about how he came across the work of little-known poet Katharine Whyte Grant from Oban. He reads her poem “Blàith-Fhleasg o Mhòd nam Maca-Meamna” and talks about how poetry has helped immerse him in Gaelic.

Thursday, April 29 – Ep 4: Mairi MacLeod talks about poetry’s ability to transport you back in time. She reads the poem “An t-Seann Dachaigh” by Elizabeth Sutherland from Skye which takes her back to her childhood in Skye and her memories of the oil lamps and peat fires in the houses.

Monday, May 3 – Ep 5: Catriona Murray, broadcaster, writer, editor and chair of the Gaelic Books Council, talks about how poetry can evoke memories of a person. She reads “An Luchag ‘s an Cat” which immediately reminds her of her cousin who is no longer alive. She vividly remembers him reciting the poem as a young boy at the Mòd.

Tuesday, May 4 – Ep 6: Martin MacGregor, senior lecturer in History at the University of Glasgow, talks about the value of poetry as a historical source for historians like himself. He reads the elegy and lullaby “Griogal Cridhe” by Marion Campbell which tells us much about clan rivalry in the Gaidhealtachd in the late 1500s.

Wednesday, May 5 – Ep 7: Iain MacKenzie talks about the link between poetry and place as he reads Derick Thomson’s poem “Air Mòinteach Shuardail.” Both the Isle of Lewis and South America are mentioned in the poem and Iain explains the historical link between the two.

Thursday, May 6 – Ep 8: Linda MacLeod reads the poem “Mar Chuimhneachan air Mo Mhac Ghràdhach” which was written by her great aunt, Morag MacDonald from North Uist, after losing her son. Linda talks about the solace her aunt gained from writing the poem.

Monday, May 10 – Ep 9: Roddy John MacLeod, Lord Minginish QC, is a Scottish solicitor and advocate and was born on from the Isle of Skye. He reads the poem “Òran Mòr MhicLeòid.” He talks about a time in history depicted in the poem when the old clan traditions placing importance on music were fading as the next generation of clan chiefs took over.

Tuesday, May 11 – Ep 10: For Melina Maclean the poem “Ban-Ghàidheal” by Sorley Maclean speaks to her on many levels. She reads the poem and talks about how she relates to the image of a woman carrying a creel of seaweed as her own ancestors would also have done.

Wednesday, May 12 – Ep 11: Rosemary Ward, Director of Programme at Scottish Book Trust, talks of the emotional pull a poem can have on you. She reads Donald MacDonald’s poem about Uist “Còmhradh an Eilthirich ris an Stuaidh” and describes how it makes her feel homesick as an islander who has left home.

Thursday, May 13 – Ep 12: Ewen Henderson, a Glasgow based musician from the band Mànran, talks about how a poem can inspire. He reads “Do dh’Arm Rìgh Sheumais” by Sìleas na Ceapaich and argues that the author’s empowering call to arms and gift for putting together strong opinions elegantly could be useful to us today.