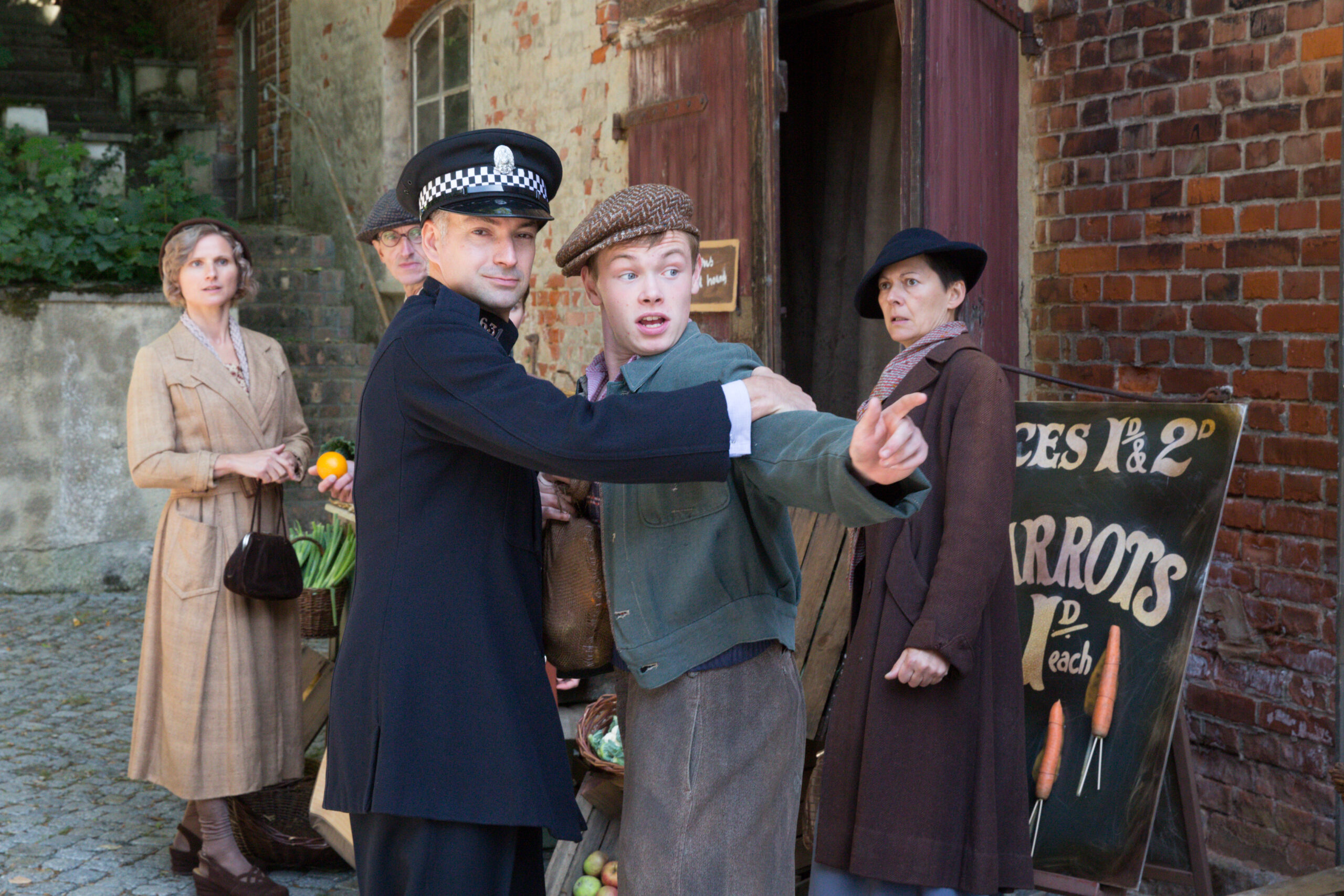 A BBC ALBA children’s documentary-drama which tells the story of the Clydebank blitz from a child’s perspective has won an award at Prix Jeunesse, one of the premiere international festivals promoting television for young people.

Securing a prize in the 11-15 category, Gaisgich Òga an Dàrna Cogaidh (Kids of Courage) told the stories of children from Europe and beyond who lived through World War II, using diaries and letters to bring their world to life through drama, archive and model reconstructions.

The eight-part series followed unique perspectives such as young German Soldiers, life in a Jewish Ghetto, and the BBC ALBA episode revisits the fateful dates of March 13 and 14 in 1941 when the Germans dropped thousands of bombs on Clydebank – setting the whole city on fire.

It features a young Gaelic-speaking teenager and reveals the life-saving work of the children in the Clydebank Fire Dept, called the Fire Guard Messengers, who took messages on their bikes to rescue teams to tell them what roads are closed and which houses had been bombed.

BBC ALBA has been involved in many international co-productions in recent years, a strategy that has resulted bringing award-winning programming to viewers while also exporting the Gaelic language to other countries.

Margaret Cameron, Channel Editor at MG ALBA, which operates BBC ALBA in partnership with the BBC, said: “Gaisgich Òga an Dàrna Cogaidh was a brilliantly collaborative project that brought fantastic benefits to BBC ALBA as a co-production partner. As well as bringing the history of WWII to life for our audience, young Gaelic actors and more experienced talent had the unique opportunity to work in drama at a European level. Congratulations to all of the partners involved.”

Gaisgich Òga an Dàrna Cogaidh was a co-production between LOOKSfilm, SWR and Toto Studio, and was broadcast in Germany, France, Poland, Switzerland, the Czech Republic and the UK. The Gaelic version of the series was produced by Solus Productions, based in Glasgow.

The Prix Jeunesse Foundation was established in 1964 with the aim to promote quality in children’s television worldwide, by running the bi-annual festival Prix Jeunesse International.

Due to the ongoing Covid-19 crisis, this year’s festival was held virtually between the 5th and 11th of June 2020.