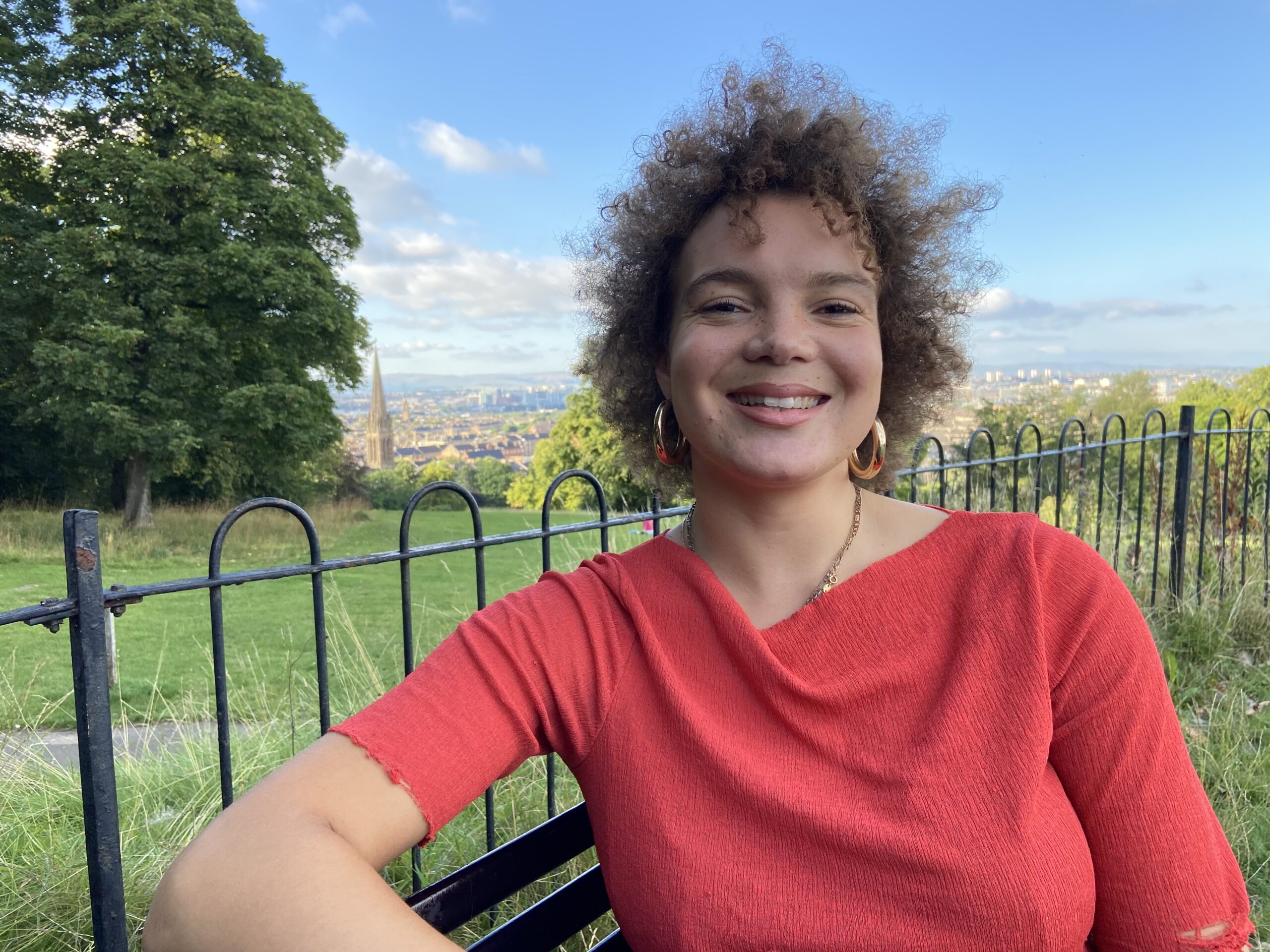 A Gaelic speaking singer with Scottish and Nigerian roots explores her relationship with Gaelic culture and history in a new documentary on BBC ALBA.

Cass Ezeji, 27, gives a personal insight into her life in Trusadh: Afro-Gàidheil – Afro-Gaels as she tries to find her place in a culture where she has rarely seen herself represented.

She meets other Gaelic speakers of African and Caribbean descent to discuss how they connect to the language and culture while also talking to experts to uncover the Gael’s role in the slave trade.

Cass attended Scotland’s first Gaelic primary school in Glasgow where she, unfortunately, first experienced racism. As a young mixed-race woman, she felt unsure of her place within the Gaelic community and, although she speaks the language fluently, she’s often questioned that part of her identity.

Cass said: “We were totally immersed in Gaelic at school and I don’t think I knew that was going to be the case so I felt a little lost.

“The impression I had when I left school was that I didn’t feel part of the Gaelic world. I didn’t see myself represented in the culture so there was something of a disconnect.”

Cass’ parents are both from Glasgow. Her paternal grandfather was from Nigeria and lived in the west end of Glasgow with her grandmother who was from Newcastle. Cass said: “There weren’t many Black people living in Scotland at that time. They were one of the few Black families in the city.

Cass, who sings in a band called LAPS with her best friend Alicia Matthews, said: “Growing up, I had no experience at all of Nigeria. I was very fortunate because my grandfather on my mother’s side told me a lot about it.

“We had a large globe and he would show me where Nigeria was. There were two ethnicities in Nigeria he knew about – Igbo and Yoruba; My family are Igbo.”

Cass visited Nigeria for the first time two years ago and, although it was a culture shock, it was a very special trip and she felt a strong connection with the place and the people.

In speaking with fellow Gaelic speakers of Afro-Caribbean heritage, Cass examines what it means to be part of the Gaelic community and discovers she is not alone in feeling uncomfortable with the Gaelic word for ‘Black’: dubh. She considers alternative ways to self-identify and tries to reconnect to the language through her passion for music as she sings in Gaelic for the first time.

Cass meets with historical expert Dr David Alston and Glasgow’s first Afro-Caribbean Councillor Graham Campbell to look at the evidence of slavery that can still be found in Glasgow and the Highlands today. She discovers that the first Gaelic dictionary was funded with donations from slave plantations and learns the story of mixed-race girl, Eliza Junor, who came to Cromarty from Demerara in the 1800s with her Highland father at a time when around 10% of the pupils at Inverness Royal Academy were listed as having come from the Caribbean.

She uncovers the historical ties between the Gaels and the slave trade and how Highland families greatly profited from this enterprise, and addresses some difficult questions about racism and slavery as we continue to live with the legacy to this day.

Cass said: “When we consider Scotland and slavery, we rarely hear about the connection with the Gaels.

“It’s vital that we speak about this in our community because we’ve always seen ourselves as the heroes and the victims but not the perpetrators. It’s a painful history but we were part of it. We need to listen and not disbelieve it.”

Trusadh – Afro-Gàidheil -Afro-Gaels airs on BBC ALBA on Monday, October 4 at 9pm and will be available on the BBC iPlayer for 30 days.