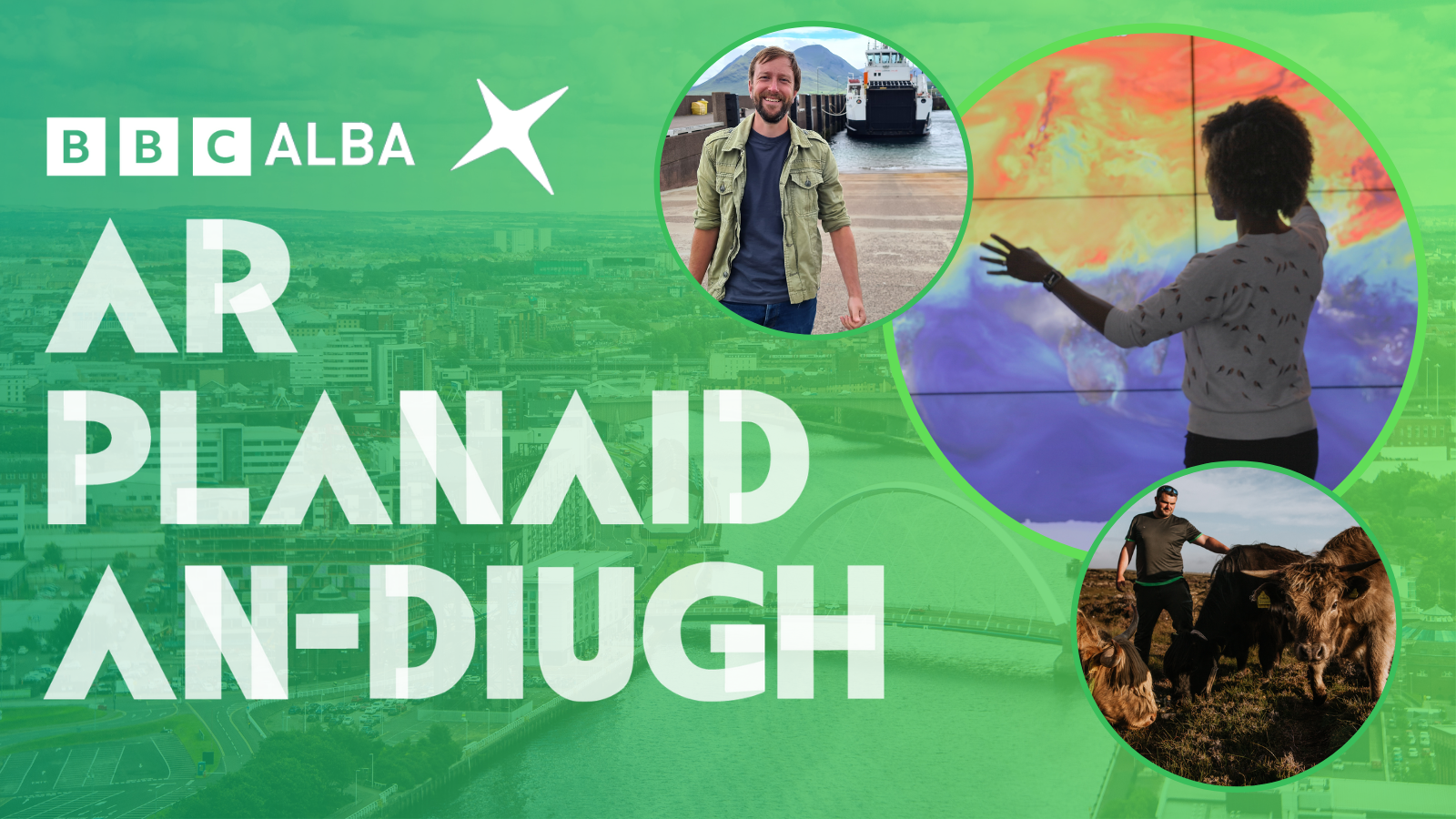 As the COP26 summit convenes in Glasgow, BBC ALBA promises a diverse selection of climate programmes which examine our relationship with the environment.

With the impacts of climate change being felt across the world, from floods in Germany, wildfires in Australia and more locally with ongoing coastal erosion in Uist, the team behind BAFTA-winning current affairs programme Eòrpa return with an hour long extended special edition, Eòrpa: An Deasbad | The Debate, speaking to ordinary people across the world to find out what issues are on their mind regarding the environment, and how progress can begin to be made.

Iona MacRitchie, producer of Eòrpa: An Deasbad said: “With COP26 right on our doorstep in Glasgow, we thought it was vital to bring these huge climate related issues to audience’s attention, with considerable challenges ahead of us in dealing with the situation. The Eòrpa team are very happy to have brought these experts together to discuss subjects that are so relevant to Gaelic speakers in every corner of Scotland, and further afield.”

Climate themed programming continues with BBC ALBA’s Lewis based crofter-in-residence Donald MacSween (An Lot, The Misadventures of Romesh Ranganathan) asking what he can do in practical terms to make a difference to the environment in Mac ’S Uaine | MacSween goes Green, as he visits various green initiatives and considers what addressing climate change would mean for him personally, financially and culturally.

No matter the outcome of COP26, there’s no denying that it’s the youngest in the population that will feel its impact the most. Uaine | Green, a special new series for CBBC ALBA explores these issues, with presenter Calum MacDonald visiting various locations throughout Scotland – from a hybrid powered ferry on the Isle of Skye to Whitelee wind farm near Glasgow and Foyers hydro station by Loch Ness – to see how they are making a positive impact on climate change.

As politicians get to grips with agreeing targets and policies to address the climate situation, Can We Cool the Planet? asks what science can offer by way of practical solutions. Acquired from American broadcaster PBS, this documentary looks internationally to see how the world’s scientists are working together to fight climate change.

All programmes will be available for 30 days after broadcast on the BBC iPlayer.