Home > Uncategorised > FilmG opens for entries but Coldplay are “banned”

FilmG opens for entries but Coldplay are “banned” 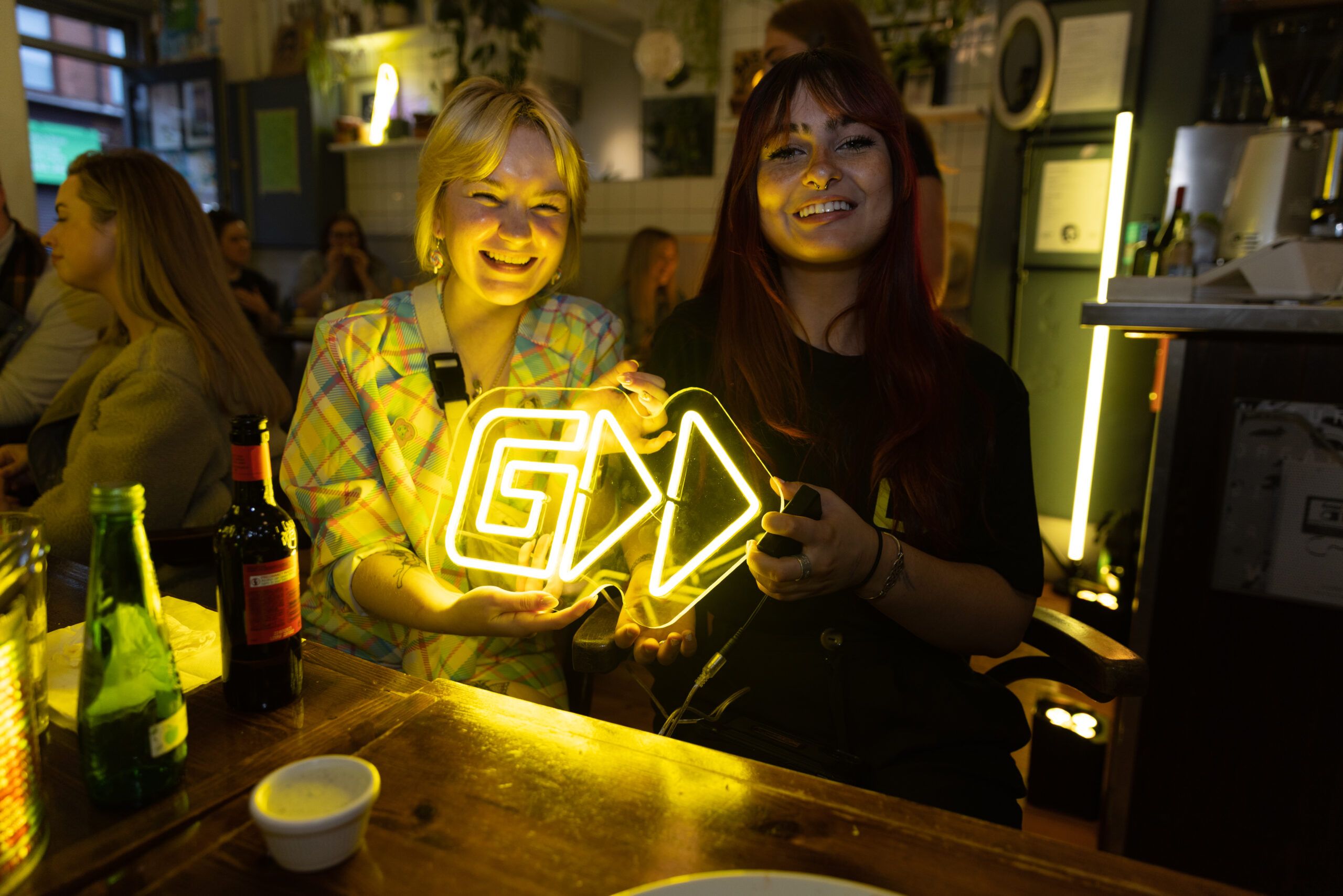 The 15th iteration of FilmG, the Gaelic short film festival, launched today (1st September) with aims to find the future stars of the media industry in Scotland.

Theme launch events were held in Glasgow and Inverness, with the FilmG team displaying their vibrant Buidhe (Yellow) theme to potential entrants.

FilmG Project Manager Murdo MacSween said: “FilmG is now live, and we are looking for films that are yellow in any way possible, apart from using that Coldplay song, that is banned!

“We’re hoping to see the best-ever FilmG this year and we’re excited about the fantastic ideas we heard about this week at our launch events.”

Young Gaelic creatives, social media content creators and past FilmG entrants gathered at Basta Pizza in Partick on Tuesday night for a collaboration event, a key aim of this year’s FilmG festival – to join the dots between the collection of skills, talent, and ideas.

Attending the event was Lana Pheutan, a writer/actress, BBC continuity presenter and former winner of FilmG: “It was great to come together and chat with folk who had taken part in FilmG over the years, but also to meet those who were considering it for the first time.

“I’m really looking forward to being a tutor again to help the next generation of young filmmakers as FilmG was so instrumental to me on my own journey.” 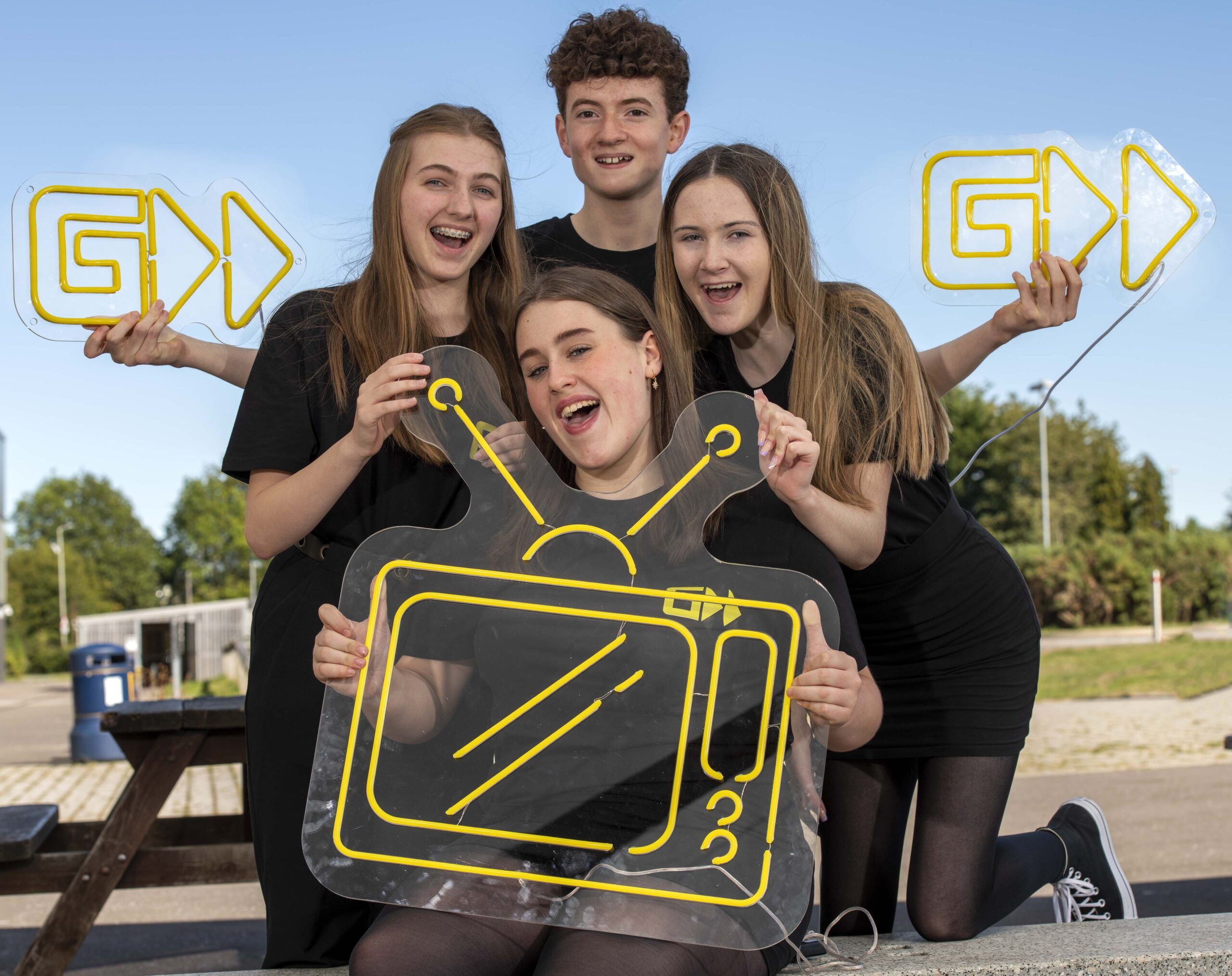 Pupils at Inverness Royal Academy then participated in their own collaboration event, engaging with the new FilmG theme and sharing their ideas and inspirations as they planned their film entries.

As part of the FilmG festival, school workshops will take place across Scotland. Further collaboration events are being planned in different areas, all feeding into the FilmG competition and its awards ceremony in February.

The FilmG competition is aimed at both those under 18 (Youth) and those over 18 (Open), with 17 distinct categories in total, and this year filmmakers will be celebrated for their originality, their creativity and for taking their own initiative.

There are new and revamped categories this year, including the new Rising Star (Youth) and Industry (Open) awards, aimed at finding the next big thing in media, and there are the Production Design (Youth) and Creativity (Open) awards which could reward those who make films that follow the theme of Yellow (Buidhe).

The Yellow theme is a nod to the traditional eye-catching branding of FilmG, and this year filmmakers are asked to try and create films that incorporate yellow creatively.

The rules are all published on the FilmG website, but it is simple – create a Gaelic film, keep the duration under five minutes, and get it in before the deadline (9th December 2022).

MG ALBA’s Director of Strategy and External Affairs, Ealasaid MacDonald, said: “The launch of FilmG is always a highlight for MG ALBA, but it is a little bit special this year as we celebrate 15 years of the competition.

“It has evolved over the years to take account of the changes in the fast-paced media environment and we are all looking forward to seeing what imaginative and exciting content the theme Buidhe will inspire.”

To see the complete list of categories and to enter FilmG, visit www.filmg.co.uk or contact the team at Astar Media via filmg@astarmedia.scot.