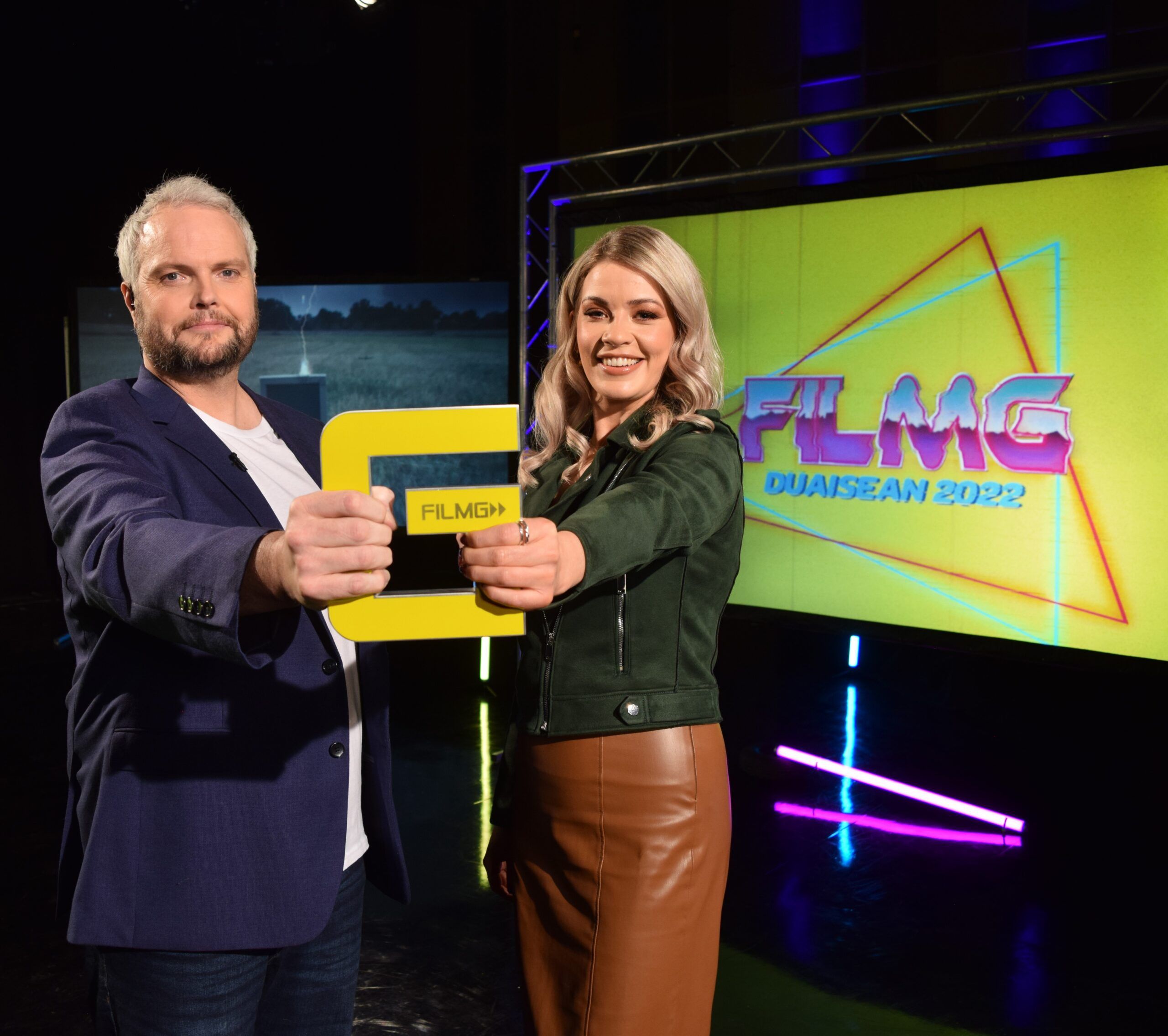 The winners of this year’s prestigious Gaelic short film competition FilmG 2022 have been announced tonight (Friday, February 25) in a special awards ceremony on BBC ALBA.

Many of the winners across the 17 prize categories were brought into the FilmG studio by video link to accept their award and chat with programme hosts and competition stalwarts Fiona MacKenzie and Niall Iain MacDonald.

The specially created awards programme will be shown on BBC ALBA at 9pm tonight (Friday, February 25) and is available to watch on the BBC iPlayer for 30 days afterwards.
Films followed this year’s competition theme Lorg, which means search, find or trace, and with over 90 filmmakers attempting to find the winning formula, the judges had a tough job whittling down the entries over multiple days.
Parker Dawes (14), a pupil at Ardnamurchan High School in West Lochaber, scooped three awards – Best Young Filmmaker, Best Film Fluent Speakers and Best Production, for his slapstick spy thriller Spies-R-Us.

Parker said: “We chose the spy topic because it was opposite to the film we made last year which didn’t win any prizes.

“We were interested to see if an action film could get different results – and it worked! I created a storyboard and we had crash mats so everything was well planned.

“I’ve always loved filmmaking and I’ve always looked up to FilmG . I’m really happy to get these awards because my friends and I were so sad when we didn’t win last year. It was great to be on that podium as a winner.”

An animation by Alina Brust from Edinburgh won ‘Best Film’ in the Open Category, the first time an animation has won this prize in FilmG.

‘An Taigh Solais’ follows a shepherd who is trying to find a lost sheep and has to shelter with her flock in an abandoned lighthouse to escape a storm. Due to the pandemic Alina had no access to university facilities so she made the entire film in her bedroom.

Alina (23) said: “I’m inspired by the Scottish landscape and coastline, especially the lighthouse and the cliffs around St. Abbs, one of my favourite places. And a lighthouse is a perfect setting for a weird and spooky story.

“Making this film was a great opportunity to combine my two passions of art and languages.

“I’m so grateful that all my hard work has paid off – as a Gaelic learner it feels like such a special achievement for me.”

Scooping the prize for Best Production (Under 12), Coignear air Chall (5 Lost Souls) by Sandbank Primary School in Dunoon follows five school friends as they take a spooky journey to one of the town’s historic landmarks.

A film about hillwalking and scrambling as a way to get a new perspective on the world from beyond the cold, dark glens and high above the clouds, ‘Thar Nan Sgòth – Beinn Eighe’ (Above the Clouds – Beinn Eighe) by Anndra Cuimeanach from Gairloch secured the prize for Best Documentary (12-17).

In the Open category a short documentary called ‘A’ Mhuir’ (The Sea) about wild swimming by the students at Sabhal Mòr Ostaig in the Isle of Skye who take part in the sport, has picked up two separate awards, Film Duthchais and Best Director (Anna Garvin).

Emily Murray (21), from Lewis, accepted the FilmG award on behalf of the class.

She said: “Taking part in FilmG was a good opportunity to practice the skills we had learned in class, such as camera, sound and editing.”

Anna Garvin (23) from Oban, who is studying Gaelic in Media at Sabhal Mòr Ostaig in Skye, said: “I feel very honoured to have won this. It was my first time directing and I learnt so much about the skills needed to direct from working on this film.

“Entering FilmG was a great opportunity to use all the technical and production skills we had learnt so far to create a film that would be shown to a public audience.”

‘Am Buaile Dubh’ which takes a look around Am Buaile Dubh on the outskirts of Inverness, has secured the Best Performance award for the film’s producer and narrator, Eòghan Stiùbhart.

Eòghan (40), from Inverness, is a Gaelic teacher with over 5k followers on Instagram for his Scottish Gaelic learning videos. He’s also an advocate for men’s mental health.

He said: “I went to Am Buaile Dubh a lot through lockdown, it’s a great place to be outdoors and get exercise. It allows me to be in a little world of my own and helps my mental health.

“For this film I wrote a monologue about what the place means to me and paired this with my own and old images and maps to illuminate the place.

“Winning this award was a surprise and honour, it was really cool to win the big metal G.”

And ‘Eilean Lois’ (Lois’s Island) by Somhairle MacIain from Kirkintilloch, East Dunbartonshire, which follows him and his girlfriend, Lois, as they cycled the Hebridean Way in the summer and he teaches her to speak Gaelic on the trip won them the award for Best Student Film.

Former Bishopbriggs Academy pupil, Sorley (19), who is studying Gaelic Media at Sabhal Mòr Ostaig, Skye, said: “I entered FilmG because I wanted to showcase a film that I had made myself while I was still on my course and had access to all the editing equipment and software.

“I’m planning on putting the prize money towards a camera of my own so I can continue to make films after my course finishes.”

Debbie Mackay, Project Manager at CGS who deliver the project said: “It was another great year for entries, and we were especially impressed by the high level of storytelling and filmmaking skills amongst our youth categories. As the competition continues to grow, we see filmmakers push themselves to a higher standard year after year. It’s a privilege to be a part of the project.

Iseabail Mactaggart, Director of Multi-platform Content at MG ALBA said: “FilmG has always been so important to Gaelic media as a whole and also to the individual filmmakers and groups who take part year after year.

“Seeing the talent coming through the ranks and refining their craft in order to pick up one of the coveted prizes is gratifying for all involved in Gaelic media and testament to our ambition to continue to nurture an unrivalled Gaelic-speaking talent base both in front of, and behind the camera for years to come.”

All films from this year’s competition are available to watch on the FilmG website: www.filmg.co.uk